Brought to our attention by Mr Dave, proud owner of the Triumph Scrambler, BSA and a funky charger!

Lotus and Kodewa reunite for the limited-run C-01
Lotus has a new superbike called the C-01. Designed by Daniel Simon, whose work you’ll know from Tron: Legacy, Oblivion, and Captain America, the bike balances the Lotus form of old with a decidedly modern finish.

Although Simon is better known for his concept work, and the C-01 certainly looks like a designer’s wild fantasy, the bike will actually go on sale: the British company plans to produce 100 in partnership with German manufacturer Kodewa. Previously, the two companies worked together on a number of auto-racing projects.

“The design process of the C-01 was a labour of love,” says Simon, “we have worked hard to create a motorcycle with very distinctive features such as a clean main body, an extremely low side profile, a bold stance, a unique air intake, logical partline solutions and clean graphics.” Available in three liveries, including classic British racing green and the Martini colors, the 400-pound bike will pack a 200hp four-stroke engine. There’s no price just yet, but expect the C-01 to be eye-wateringly expensive. 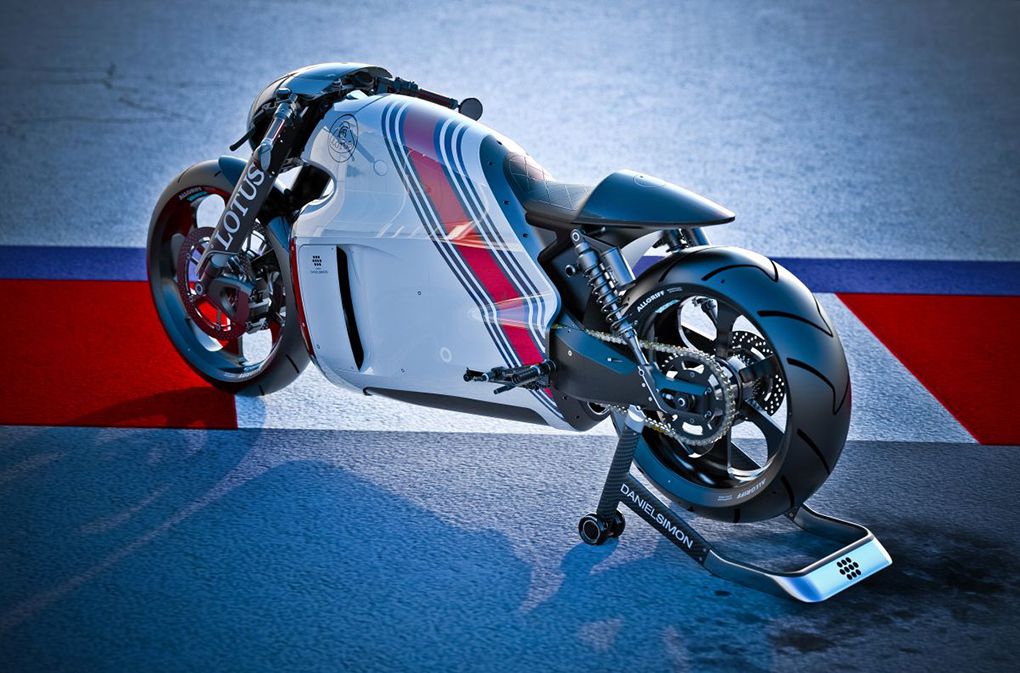 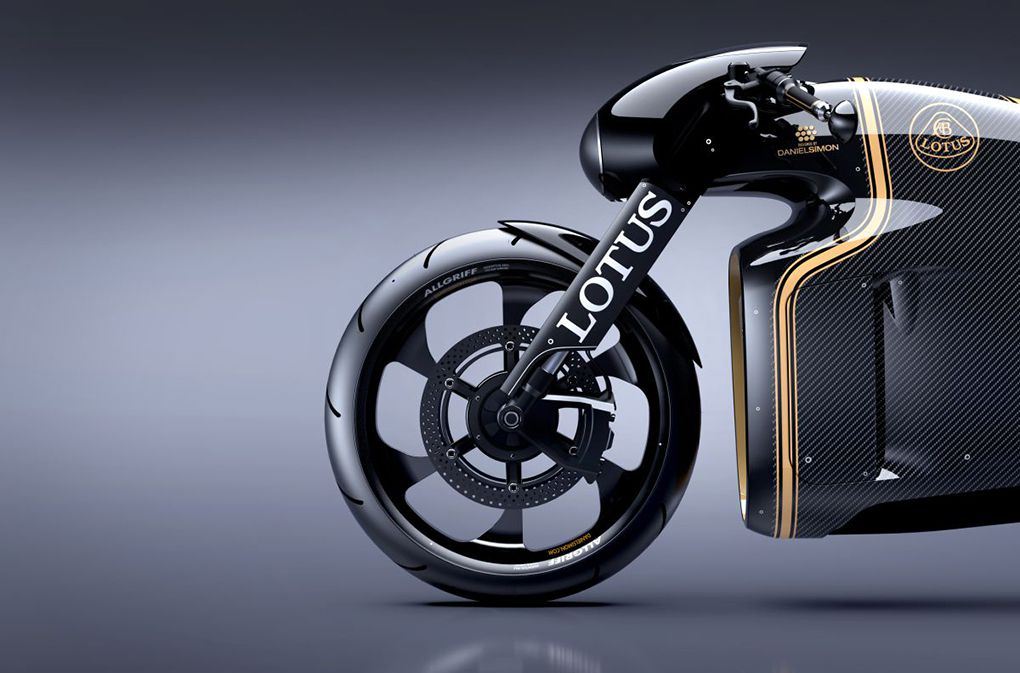 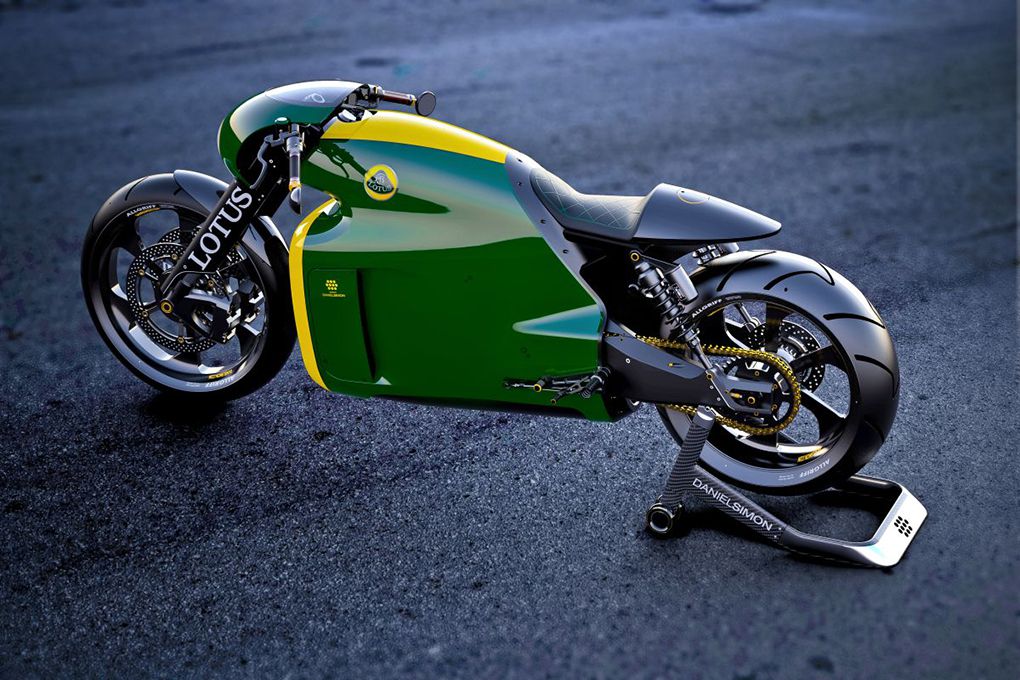 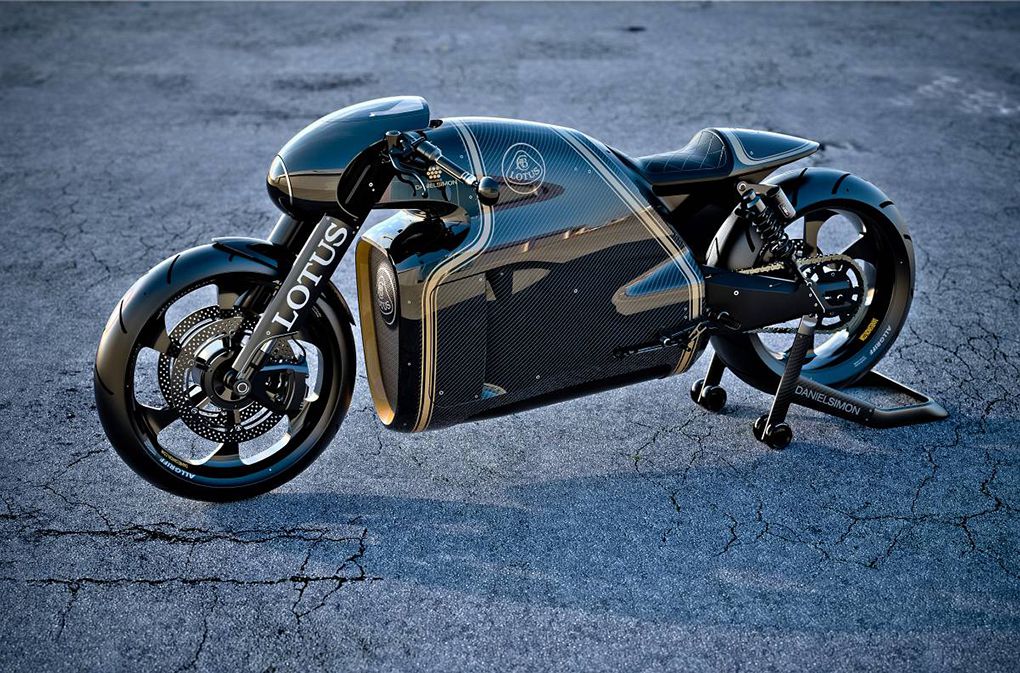 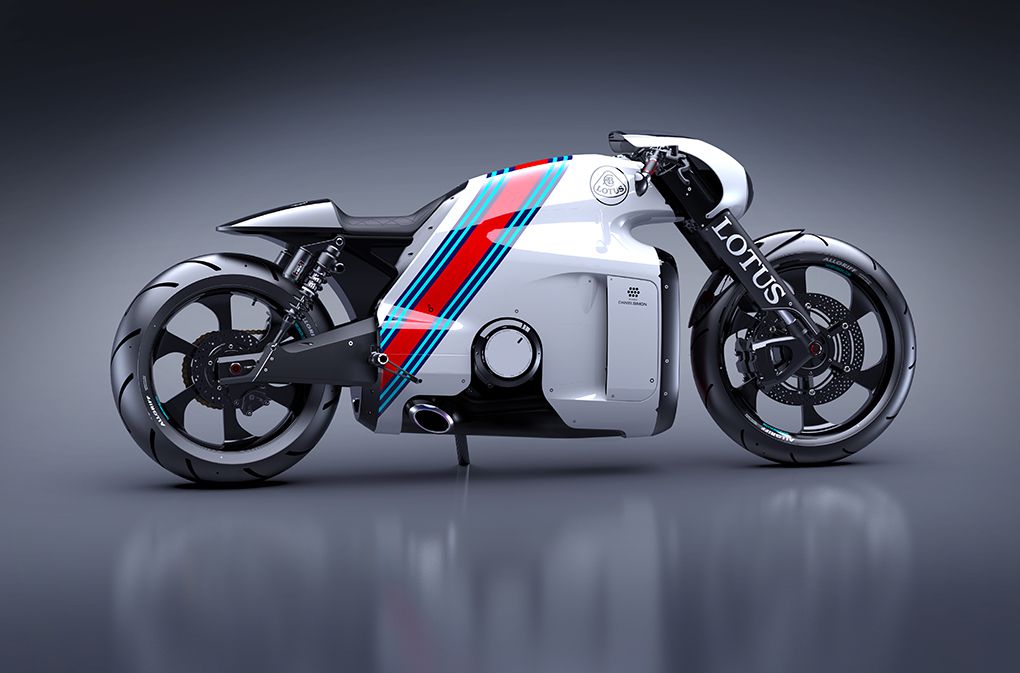 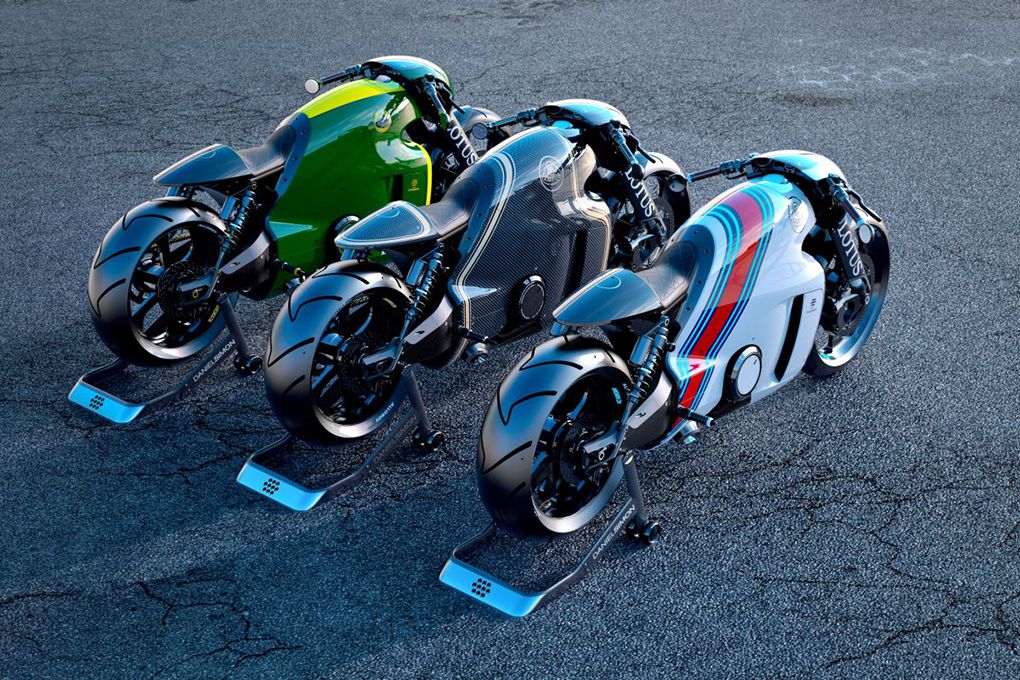