Founded in 1919 in the city of Strakonice, located in the newly-formed Czechoslovakia, CZ started as a weapons manufacturer “Ceska Zbrojovka” which literally means “Czechoslovakian Weapon Factory.”

CZ built their first motorcycle in 1932 and called it the “Kaktus,” because the 76cc single-cylinder motor looked like a cactus. Before the war, CZ created motorcycles for the Vatican that were gold plated. It was an interesting model for a manufacturer marketed as a builder of inexpensive and sturdy bikes for the people.

After World War Two, CZ merged with Jawa and built scooters and small bikes up to 175ccs. An interesting CZ150 with a transfer-reducer gearbox (much like a 4×4 truck) and an extra lever on the crankcase competed and won the prestigiousInternational Six Day Trial in 1955.

At this time CZ introduced 125cc GP race bikes that many believe were a great influence on the up-and-coming Japanese bikes. They also built and raced 250-350cc single-cylinder bikes. These motorcycles are rare today. 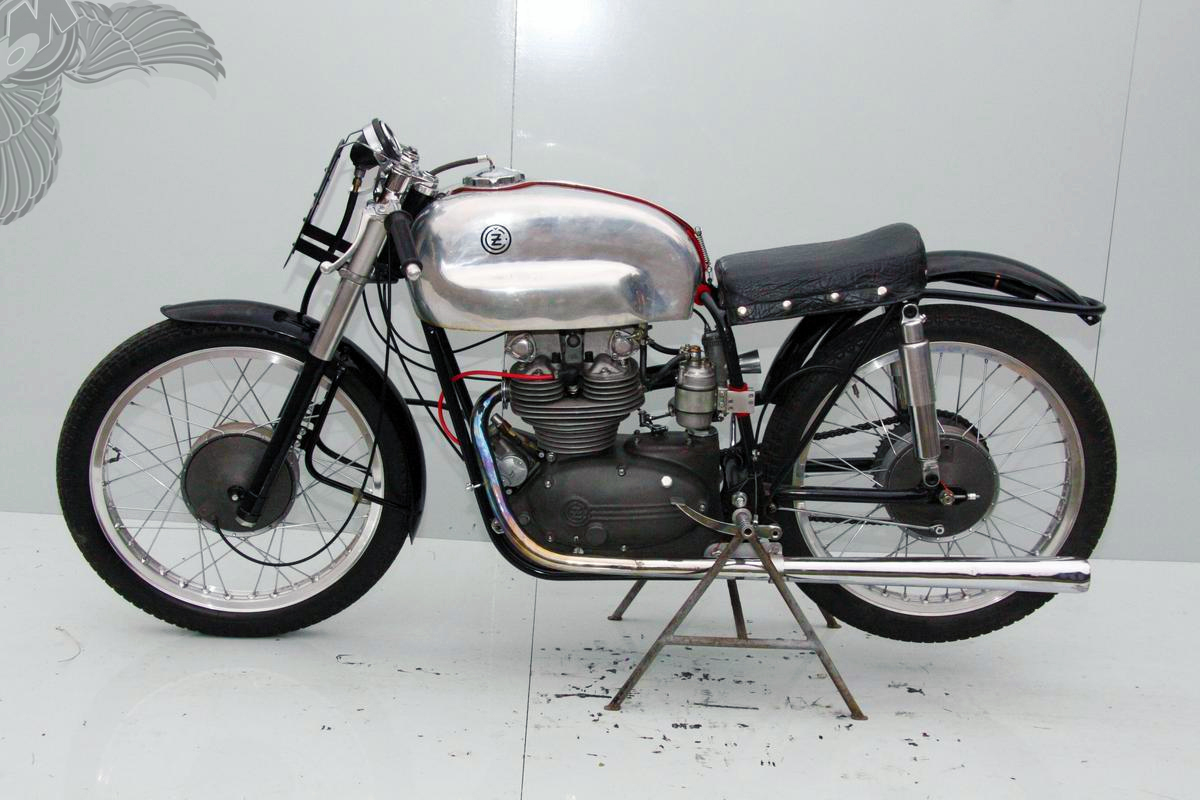 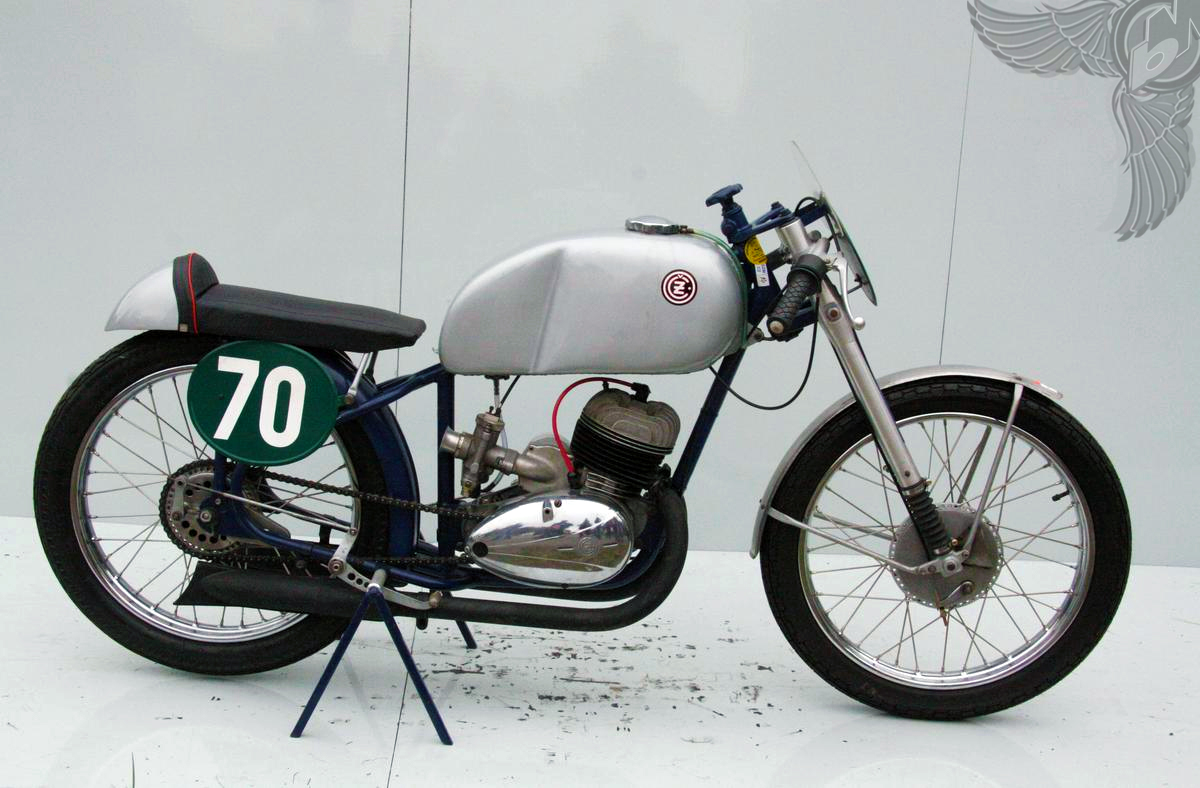 In the 1969 CZ launched a technical wonder: the 350 Type-860 GP. It had an incredibly innovative and revolutionary v-four engine. This beautiful and advanced bike possessed a double-head camshaft, 16 valves made of titanium, an 8-speed gearbox, and produced 63 horsepower at 16,000 revolutions per minute with a maximum speed of 149 miles per hour/240 kilometers per hour).

Unfortunately the development of this amazing motorbike was stopped by a growing Czechoslovakian socio-political crisis that saw the USSR literally re-invade the country while violently stomping out dissent. Additionally, the occupying Soviet regime insisted that no parts for motorcycles, or anything, really, could be imported. This limited CZ from building more than three 350 Type-860 GP’s, which all exist today.

Even with these obstacles in 1971 at the Czechoslovakian Grand Prix this bike took second place right behind the wheels of a 350cc inline-twin Yamaha. In 1972 CZ abandoned GP competition to concentrate their efforts in the less expensive venture of motocross.

By the 1980’s, innovation and government mismanagement was ruining the once proud brand. 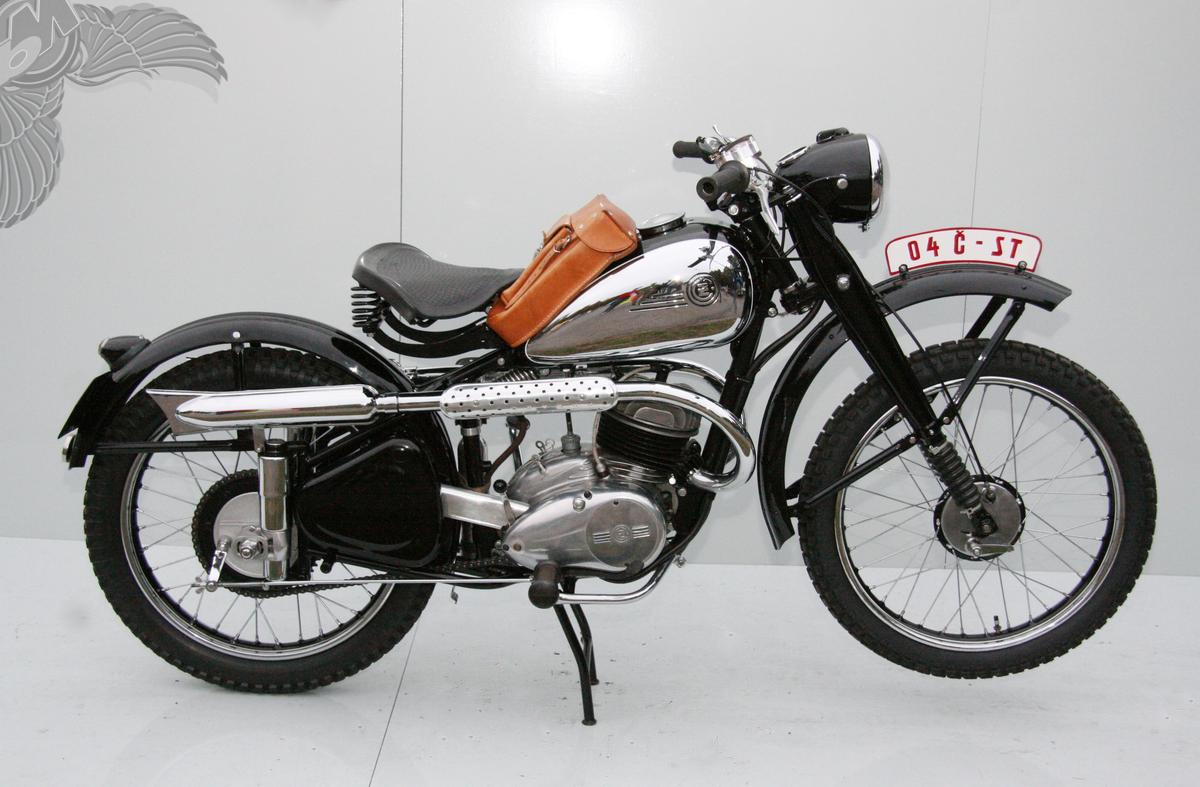 In 1991 an agreement with Cagiva was signed and CZ and Jawa motorcycles merged with the young company that was only 41 years old. CZ manufactured small Japanese-influenced two and four-stroke street bikes and soon the bikes were being designed and motors were being manufactured by the Italian Cagiva.

Today, CZ is back to manufacturing firearms with many weapons based on designs of Daniel B. Wesson, the great-grandson of D. B. Wesson, co-founder of Smith & Wesson.